I still am short on Card Stock, haven't had a chance to get to the store and pick up more. I did find 4 blank sheets of cardstock that I had tucked away in one of the manila file folders I use to organize my ATZ campaign notes and also for spare parts of my cardstock models (such as the extra wheels for the M11's and the weaposn for said M11s that I didnt use). With these 4 sheets I printed out a copy of the Barrack Prop set off of my Archive DVD from 2007. I primarily wanted to see how they look in the Folding Unit Structures.

Here are 3 pics of the Medium Urban Gray FUS (with doors cut open ala Bryan/Vampifan). 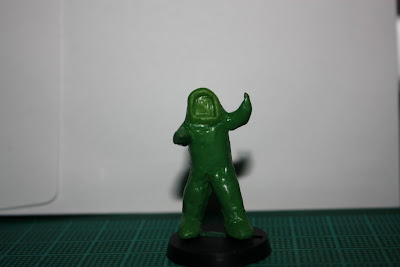 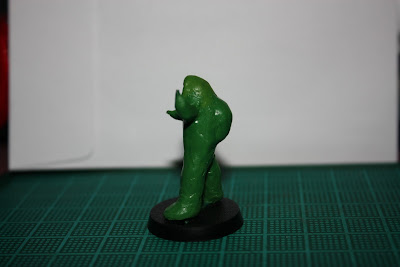 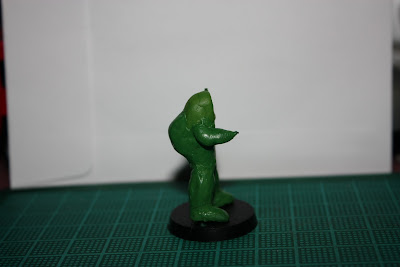 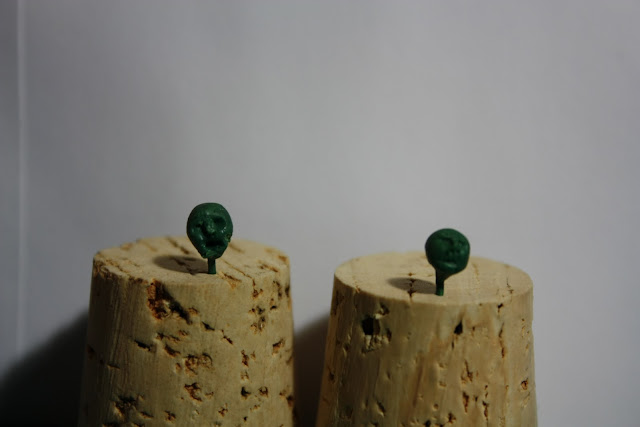 Again sorry pics aren't of better quality, still have all might lighting gear packed up and buried in the other room.
Posted by Unknown at 1/19/2011 10:25:00 PM 6 comments:

As previously mentioned I have been busy building some of the Ebbles Miniature models. So far I have a couple of the M11 4x4's and M9 6x6 vehicles from the Archive DVD built along with some of the newer GPV (JeepVee) 4x4's and the Folding Unit Structures.

First Up some of the Folding Unit Structures:

Now on to some of the vehicle models I have built:


I do have to go back and finish edging all the models, they white doesn't look as bad in real life, since I was using a small pop up on camera flash it hilighted every little white spot on the models.

I do have another M9, a couple more M11's and a Medium FUS assembled along with some of the M.A.S.H. Containers found at www.topsolitario.com to further populate my Military Outpost/Refugee center. I am also planning on using the FUS as a survivors community further on in my campaigns.
Posted by Unknown at 1/08/2011 01:52:00 PM 5 comments:

Figured since I have been busy since the Holidays I would give you small Progress Report on what I have been doing.

I will start off with my figure count:

The two unpainted and primed figures are brand new purchased obtained earlier today. They are both Reaper Chronoscope figures, the first is their Not-Alice, Mira Post Apocalyptic Heroine and the second one is Bobby Jo, Redneck Princess.  Mira comes with three options for the hands (each hand has one of the three options so you can mix and match options if you so want to), you can have a Kukri knife in both hands, a Flintlock style pistol in either hand, or a Modern day styled Automatic (Auto Loading Pistols think along the lines of a M1911, M9, Glock, etc...), I chose the to model her with the Automatics, I did shave her hands off of the Kukri Knives and sculpted a little green stuff around the blades so they look like they are in some sort of sheath, once the green stuff cures I will be affixing these to Mira's lower back. While the modification is a small one it will be my first real mod (other then swapping a Reaper Chronoscope Frank Russo head for a Wargames Factory head on one of the WF plastic Zombies).


Now what has been keeping me busy is the Ebbles 2003-2010 Archive DVD, Ebbles Jeepvee and Onager. Right now I have a small fleet of Ebbles M11's build along with an M9 and one Jeepvee. I also have one M3619 Folding Unit Structure (Medium) built. Printed out I have 2 more M9's, 1 Jeepvee, and 2 Onagers. When I get more ink for my printer and more cardstock I will be printing out the 2005 and 2010 UD-41's. With all the cutting and scoring I have been doing the last week and a half or so, I am really starting to want a Craft Robo/ Silhouette cutting machine, maybe I will get one in the next couple months if I have a decent income tax return.

I have noticed for the Ebbles models I have built so far the M11's rear bumpers look like they have a place for a License Plate, I have made some up using scrap cardstock. Some examples of the plates on my vehicles The UN M11- UN01, the Helo Drab M11- US13A, Helo Drab M9- USA 01, the Police M11- P0L1C3 (for those who don't read Leet Speak it reads POLICE), the Die-cast 1/42 scale  Police Car- C0P1, the die-cast US Mail truck- MA1L (MAIL), the Black M11- ZED SLR (ZED SLayeR), I also have about 2 dozen other custom made license plates made with scrap cardstock that range from standard plate numbers (here in teh US at least) such as BLM 147, PGT 163, STR 536, 159 DRV, etc... to custom (vanity) plates such as HUNTER, N0 ZED, ZOM DED (ZOMbie DEaD), UN 1, C0P, LAW, B1G 1, etc... Thes plates are nothing fancy just plain white rectangles with black Lettering/Numbering. I am planning on purchasing the Desert Pink JeepVee for use in my ATZ games, it will be the vehicle used by Reaper Chronoscopes Sugar and Candy, Anime Heroines, not sure what I will have as their License Plate, thinking could have AN1M3 (ANIME), Z1LLA (godZILLA), MOTHRA, FCLC (the title of an actual anime series, the name is pronounced Fooly Cooly), or SA1LR MN (SAILeR MooN). I will most likely be getting the Desert Pink JeepVee (along with the other schemes I haven't bought yet) and all the rest of the Onager schemes that I dont have yet, later this week along with more cardstock and ink for the printer and of course more glue.
Posted by Unknown at 1/03/2011 03:52:00 PM 3 comments: