In honor of me starting a new project and Blog (Starbase Alpha Romeo Charlie). I will be holding a contest. My first one.

The contest will be open to all my Blogs followers, and the owners of the Blogs I follow.

For the contest you will get to vote on the name of my new projects primary faction. This contest will run for two (2) weeks from now to 02JUNE2013.


The Primary Faction while headquartered on Earth is made up of about 30 other charter races.

Here are the names to chose from, to vote post a comment with the name you are voting for.

3) The Alliance of Planets (also known simply as the Alliance)

5) A write in Faction name, if I like your name better then the above ones may will use it or add it to the voting poll. If I dont use it as the main faction I may just use it as one of the other races/factions.

The winning faction name will have all the names of the people who voted for it put into a hat, at which time one name will be drawn randomly as the winner. The winner will receive his choice of a Miniature ($10USD or about £7 price limit) from Reaper, Zombiesmith, Irregular Miniatures (Spaceships), Ground Zero Games, Studio Bergstrom or or Brigade Models, in addition I will name a Starship (or Starship class), star system/planet or a Starbase after them in my campaign universe. I will also draw out a Second and a Third Place name, these individuals will receive Honorary mention on the new Blog, and also have a Starship or Starbase named after them (they get to chose).

The 6 Mini manufacturers should give the winner a decent choice between Starships or regular (25/28mm) miniatures., as Reaper, GZGs, Zombiesmith and Irregular all have 25/28mm minis, where as Irregular, GZGs Bergstrom and Brigade all have Starship minis.

Zabadak- I may still use your initial suggestion as the name for a faction of bad guys. If I do you will be getting honorary mention and one of their ships named ofter you, along with maybe one of thier planets.
Posted by Unknown at 5/19/2013 09:58:00 PM 18 comments: 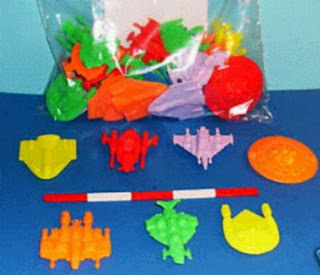 Right now there will be no Prize other then Recognition on my Blog(s), but I am thinking that I may offer one. If I do it will go to one person who suggested the winning Faction name, every one who votes for the faction will get their name put in a hat and the name will be randomly drawn. If I do a prize most likely it will be a miniature (and no it wont be one of the cheap plastic ships pictured above, I am not that mean)
Posted by Unknown at 5/17/2013 07:57:00 PM 2 comments:

Thinking of a New Project

Well I have been thinking of starting a new gaming project, that isn't Zombies.

What I am thinking of getting into is Starship (Space) Combat gaming. Now right now I do not know what rule system I will use if I do start this project up. I have narrowed it down to 3 different games,

1) Wormhole by World Works Games- Like other WWG products this is a Print, Assemble and Play product. You get the rules along with two opposing fleets with 6 different ships each, there is an expansion introducing a new faction.

Now as for the minis I am planning on following Hugh (Colgar6) and getting some Irregular Miniatures Not-Star Trek ships for those times where I want to do Not-Star Trek games, then I am also looking at possibly some of Brigade Models starships, Ground Zero Games and Studio Bergstrom ships (both the Not-Star Trek and the others) for use as generic space fleets that aren't neccessarily part of an existing sci-fi universe.

I am still hanging around, with the weather improving here been spending more time outside, and evening with some friends gaming.

Most my time out side has been spent in the backyard in the shade reading on my Kindle, As previously mentioned in my last post (the updated edit) I am currently reading a non-zombie book series, The Song of Ice and Fire series, though one could argue that it could be considered a quasi-zombie book due to the Wrights that the Others have created. I bought all 5 books available in one collection (on the Kindle they are basically one large book since they are all grouped together).

Once I finally finish all 5 Ice and Fire books, I will probably get back to reading Rhiannon Frater, still have The Last Bastion of the Living to read.


As mentioned above I have also been busy gaming with a couple of friends. Unfortunately it hasn't been ATZ. What we have mostly been playing is Munchkin (Zombie, Munchkin, Bites, Star, Apocalypse and The Good, The Bad, & The Munchkin) and Fluxx (Zombie, Pirate, Monty Python) Chrononauts (both the core and the Early American expansion/Standalone) and Back to the Future the Card Game. I have also  pulled out my copy of Zombies!!! the Game too and we have played that a few times with the core game and Expansions 1-6, we did play one game with 7: Send the Clowns. We do have some characters created for Atomic Highway by Radioactive Ape Designs, and are planning on getting a coupel games going once I finish creating a couple adventures or a campaign.

On the ATZ front we do have our Stars and Grunts created (we will be using the Vampifan Character rosters and some of his house rules when we start to play ATZ), and currently the friend I painted the Not-Amy Pond for has my good copy of ATZ: Final Fadeout (the one I ordered from Ed) in order to learn the rules, once she lets me know that she thinks she has a grasp of the rules thast when I will be pulling out all my minis and we will get a game going. For scenery we will be using a combination of the Ebbles/Genet Models Folding Unit Structures, small boxes, etc... for buildings, The various Ebbles/Genet Models vehicles and the various diecasts that I have for vehicles, as for roads we will use the WWG road tiles I have printed off, other scenery will be a combination of WWG and some model railroad scenery. I will try to get pics if possible, though I will be more focused on teaching the rules to my friends.
Posted by Unknown at 5/07/2013 06:55:00 PM 1 comment: